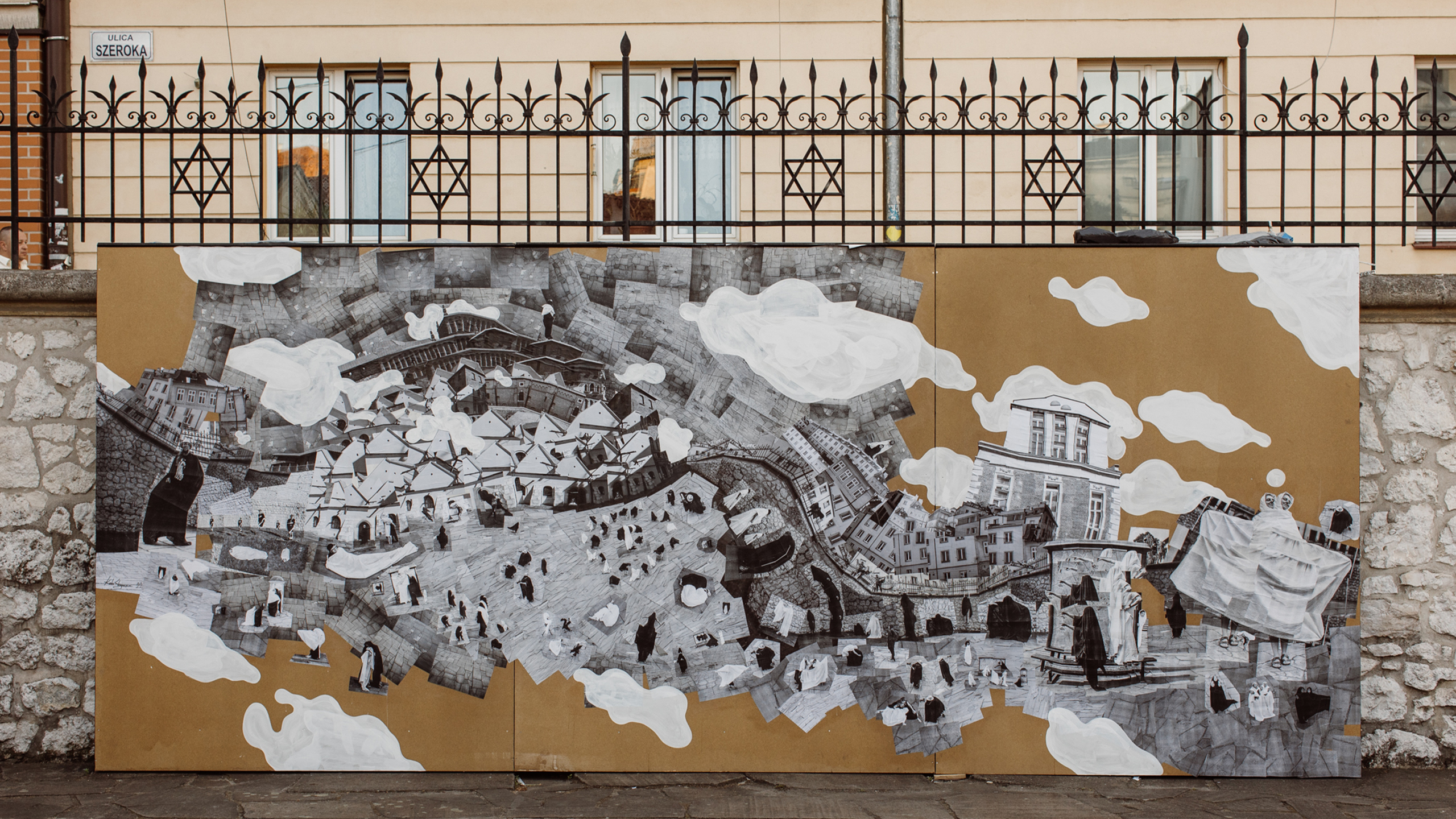 Opposing groups of people meet, taking position. Like pieces on a chess board, they arrange themselves, contemplating their next move. Are they guards, or are they thieves? But not all is black and white – the rules of the game keep shifting.

Soon after Isaac’s Synagogue opened, thieves threatened to steal its treasures, but they were warded off by a group of volunteer guards dressed in white.

Interview with Kobi Vogman (in English)

Kobi Vogman is an animation director and artist from Riga, Latvia, based in Jerusalem, Israel. His practice is shown in various media, such as video, animation, collage and installation. He is a lecturer at the Screen-Based Arts Department at Bezalel Academy for Arts & Design, Jerusalem. Kobi’s art is situated between painting and photography, using collage, painting, and animation, and his approach is playful, multidisciplinary and site-specific.  His investigations often focus on the emotional and physical effects of spaces. He is particularly drawn to the materiality of their stories, which stems from his many years of creating street art and graffiti in Jerusalem’s streets. 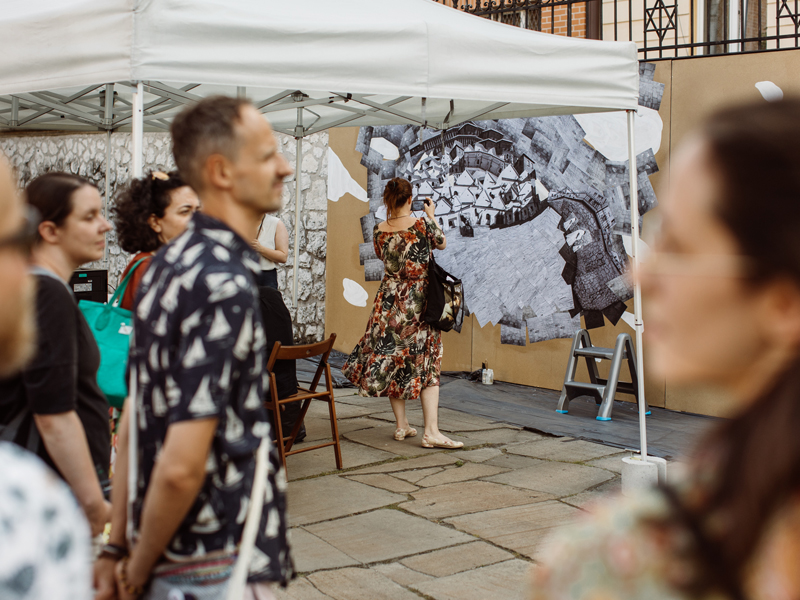 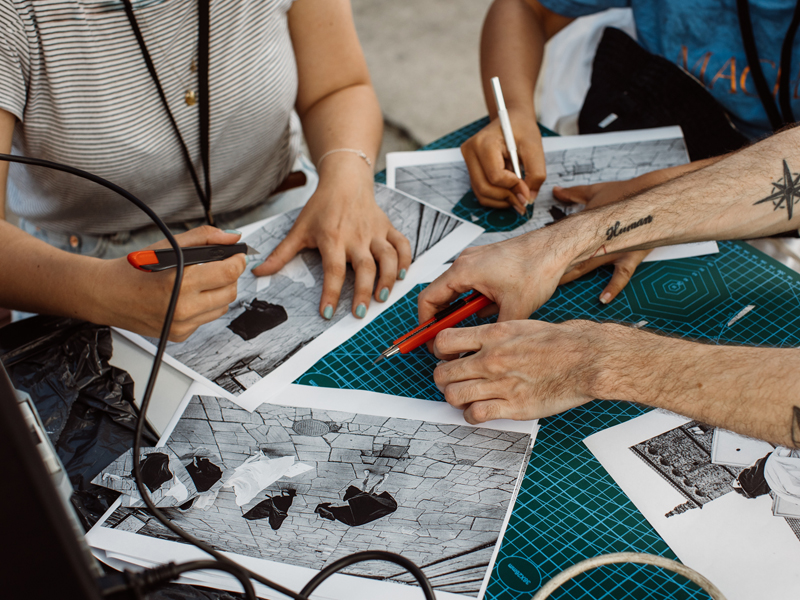 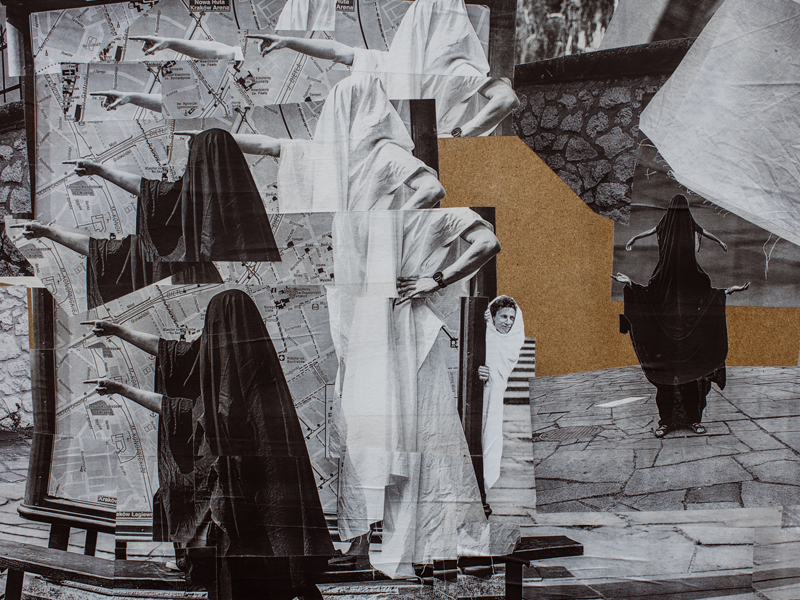