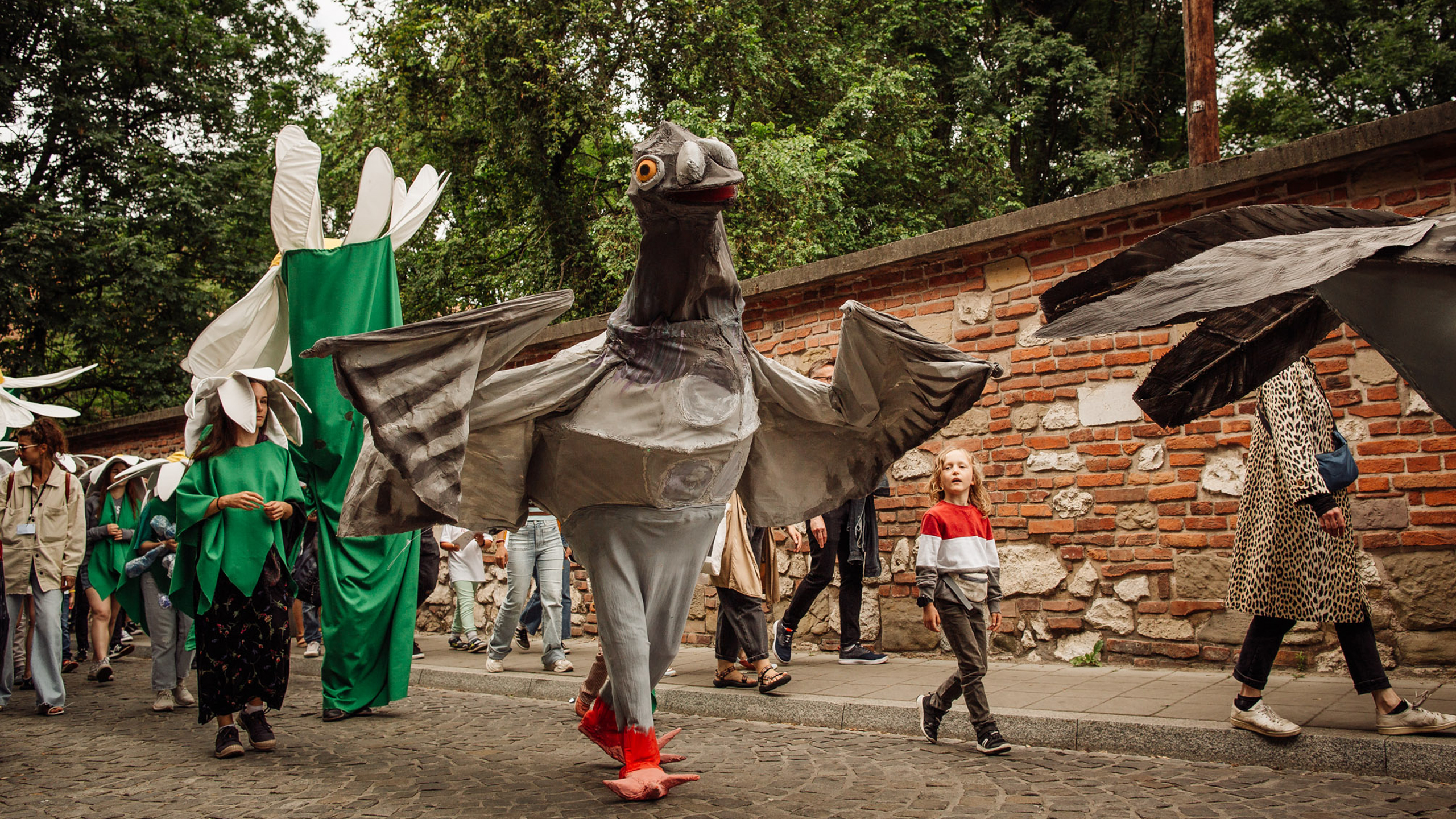 Women turn into birds, their tears into daisies. In the face of war, they choose metamorphosis. Collective grief transforms their appearance. The streets are filled with the songs of crying birds and flower children.

According to Ukrainian legend, after losing her beloved to the war, a young girl, transformed by grief, turned into a cuckoo, and continued to fly around, crying for her husband. From the tears of a Ukrainian mother who lost her three sons to the war, small white flowers – daisies – grew underneath the melting snow. 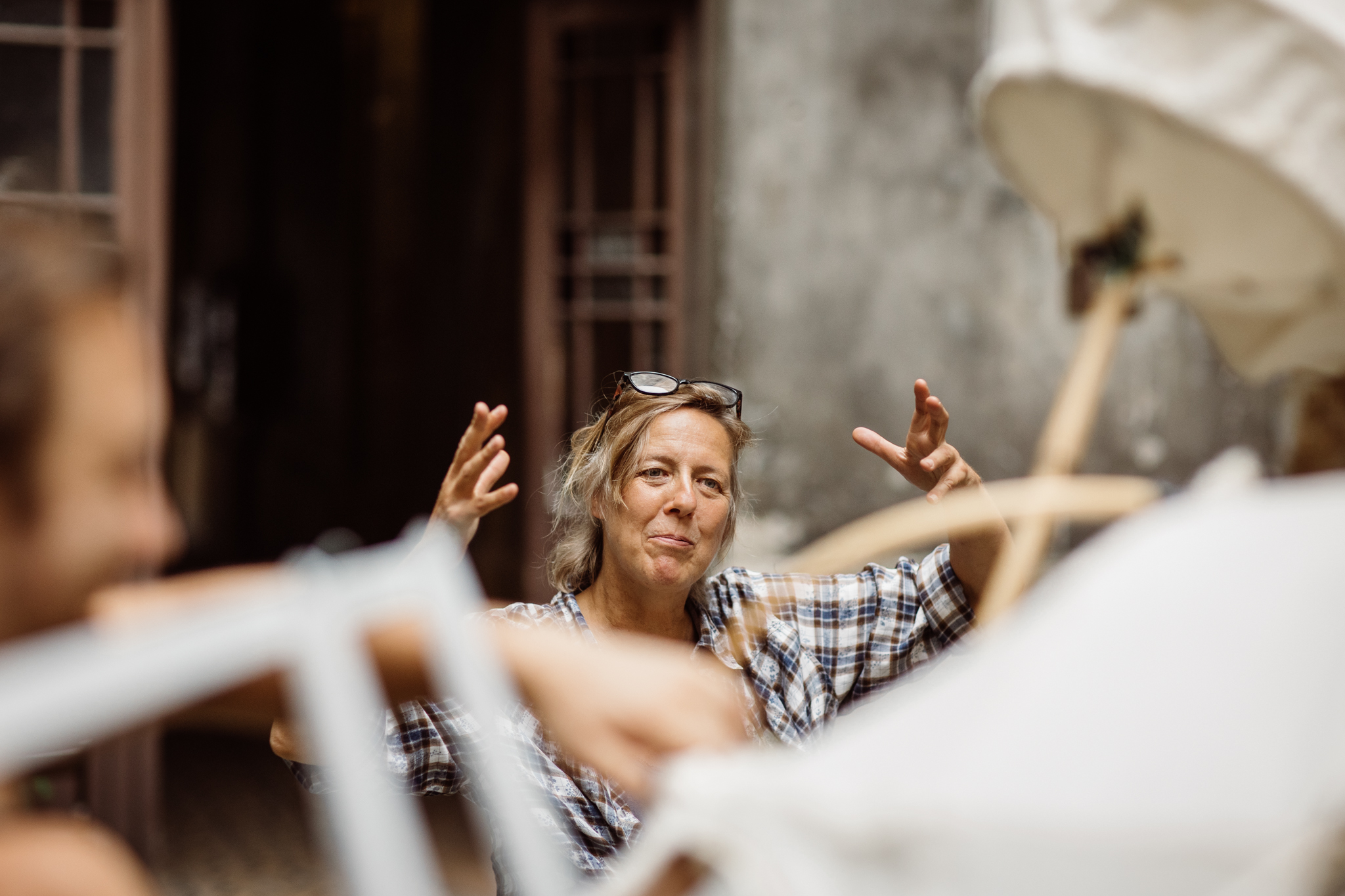 Interview with Stefanie Oberhoff (in English)

Stefanie Oberhoff is a stage designer, puppeteer and director living and working in Stuttgart, Germany. Her work revolves around the creation of often large-scale, visually appealing characters. She studied at the Staatliche Akademie der Bildenden Künste Stuttgart, in the department of Stage Design. Since 1989, she has been making sets for theater, puppet theater, film and television. She organizes international cultural projects at the interface of visual arts, puppet theater, animation and social intervention in the context of the project series GÜTESIEGEL KULTUR* in Australia, Asia and Africa. She also teaches at various art academies.

Since 1992, Snuff Puppets (Andy Freer, Erin Hall, Nick Wilson ) has been creating giant puppet spectacles worldwide. Their work combines visual art, sculpture, design, engineering, music, movement, performance and physical theater. At the center of their practice are their giant puppets, and the unpredictable ways in which they are brought to life. Snuff Puppets specializes in non-traditional arts audiences, and in creatively reclaiming streets and public spaces. Their work tackles difficult, awkward and taboo topics that invite audiences to challenge themselves, simultaneously causing discomfort and delight. 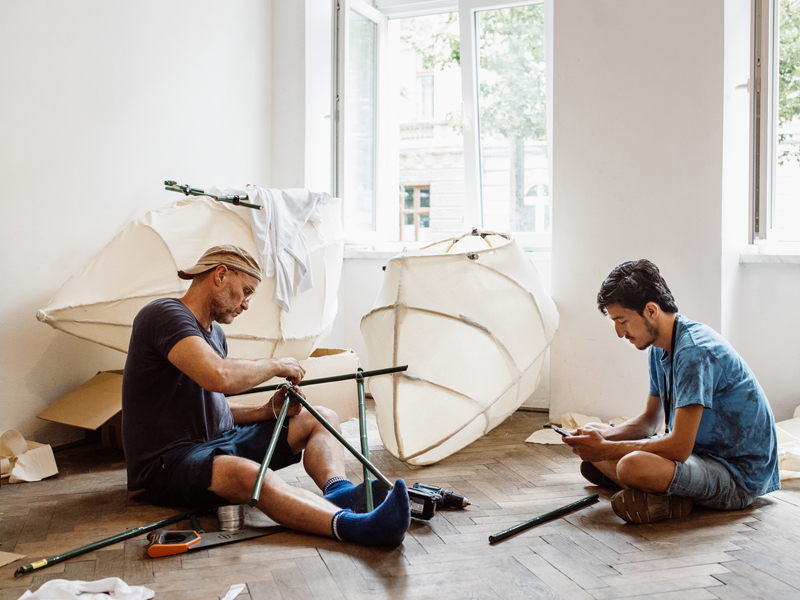 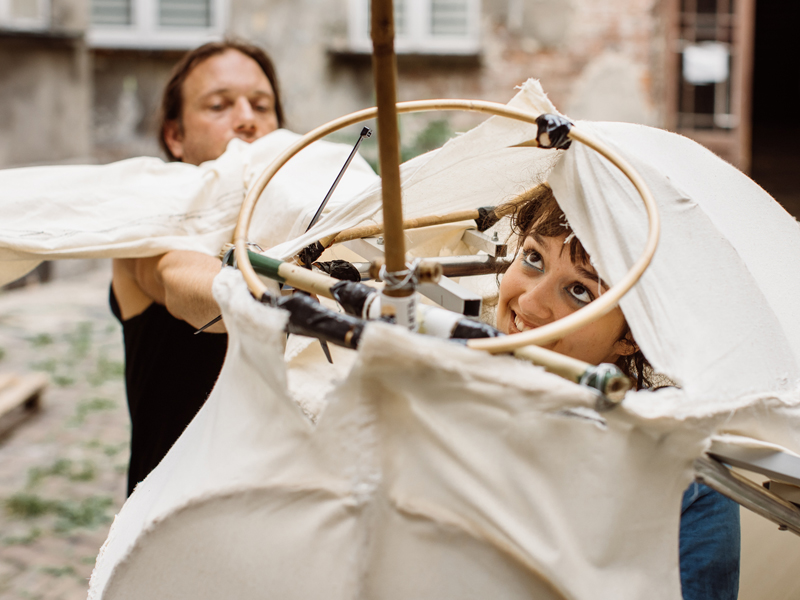 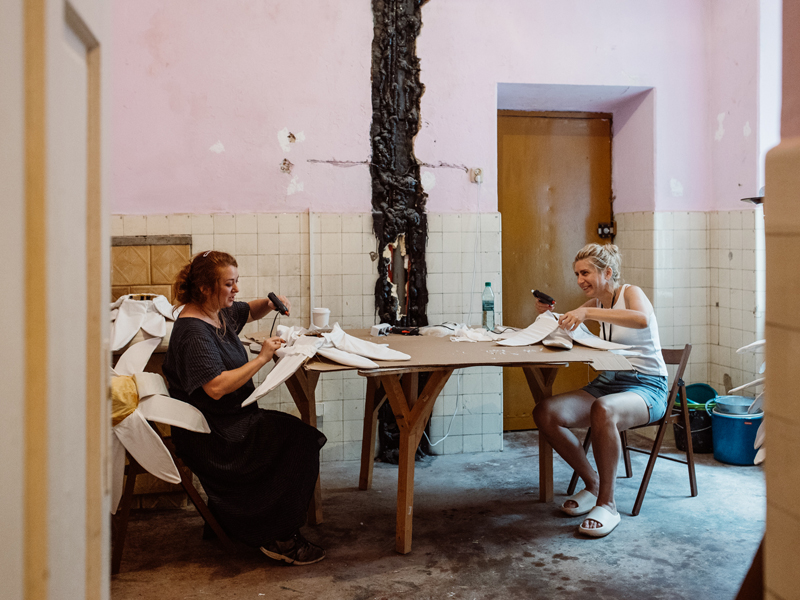 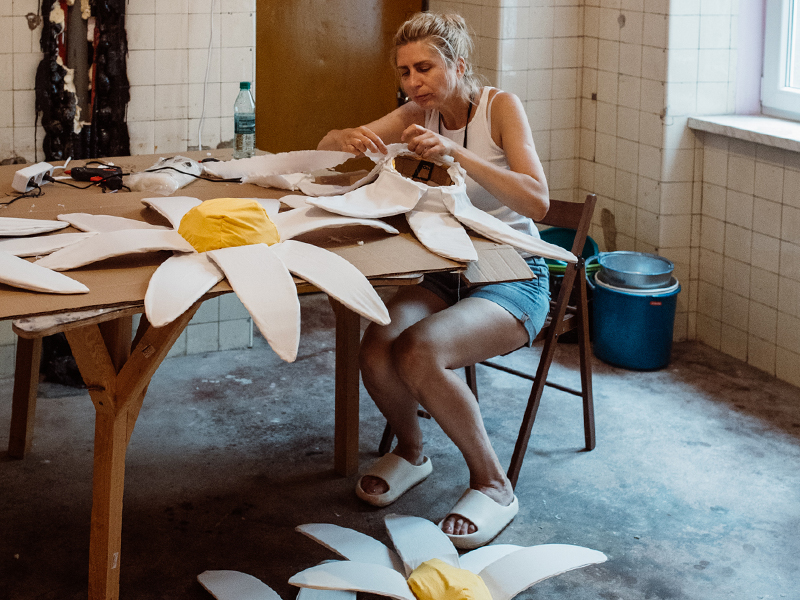 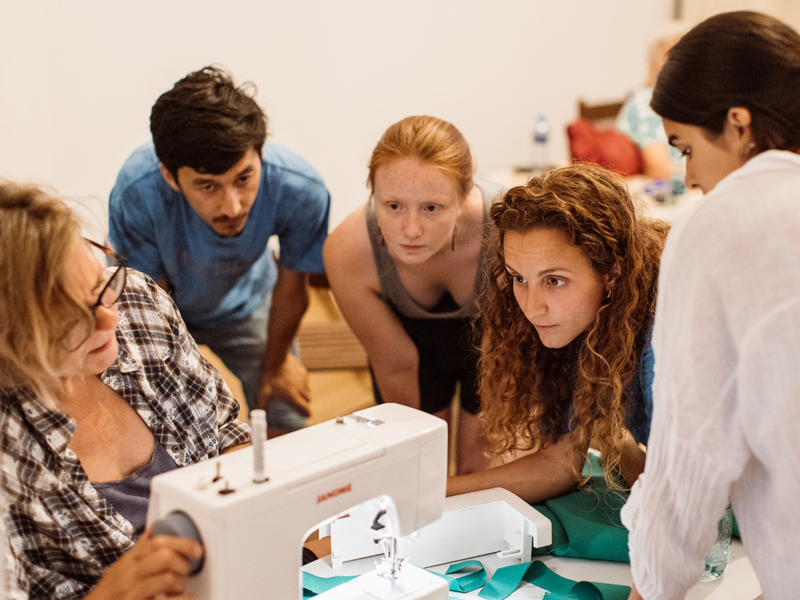 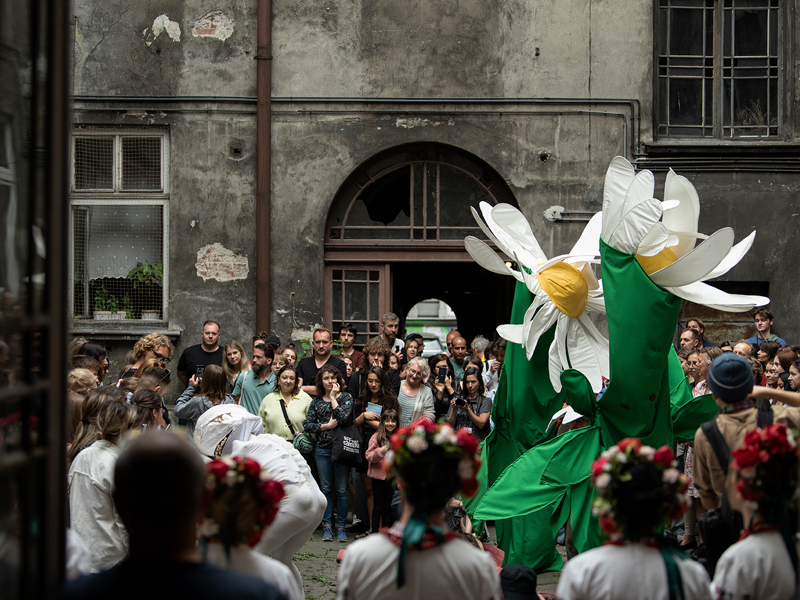 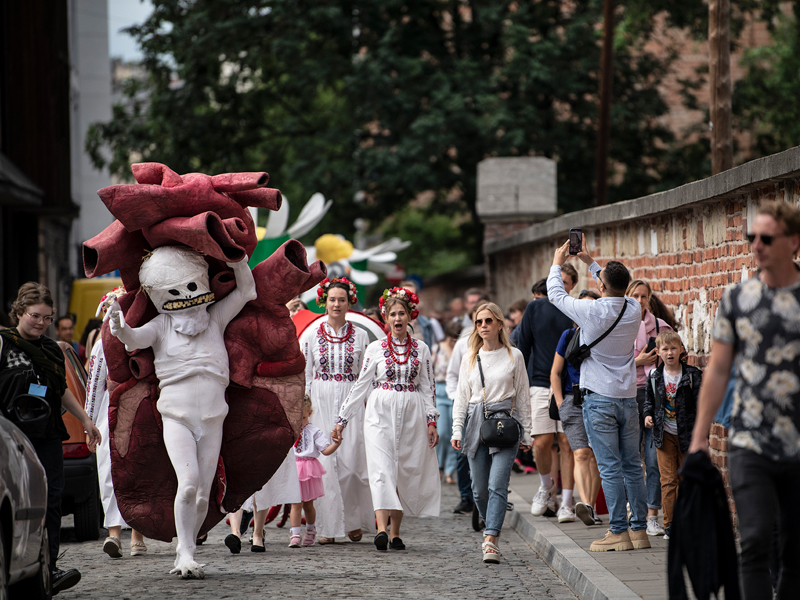 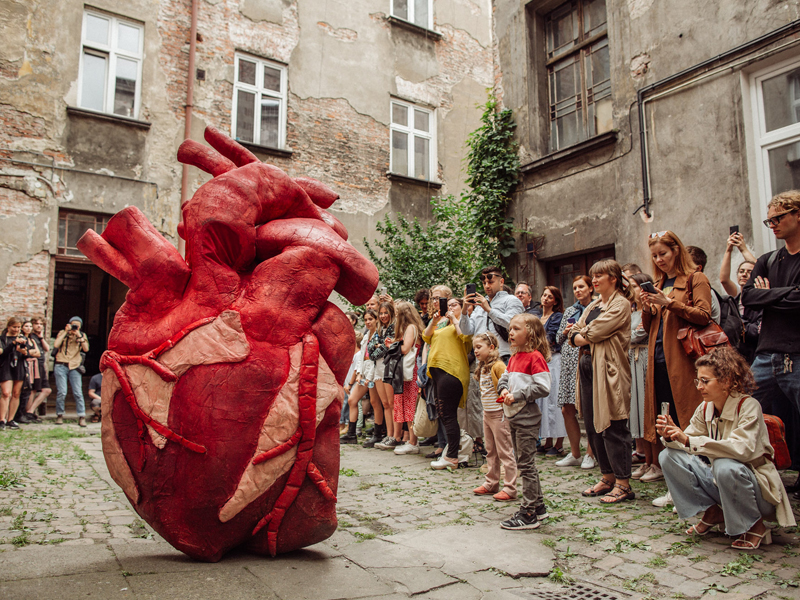 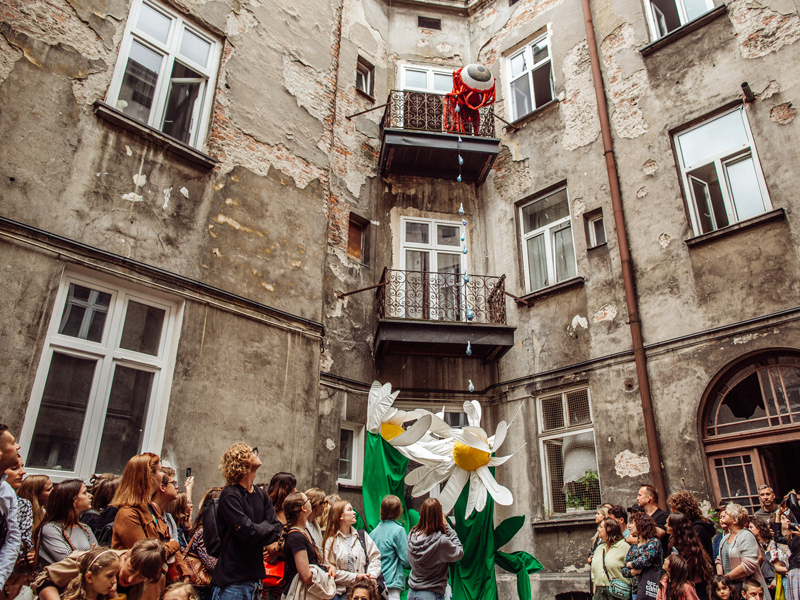 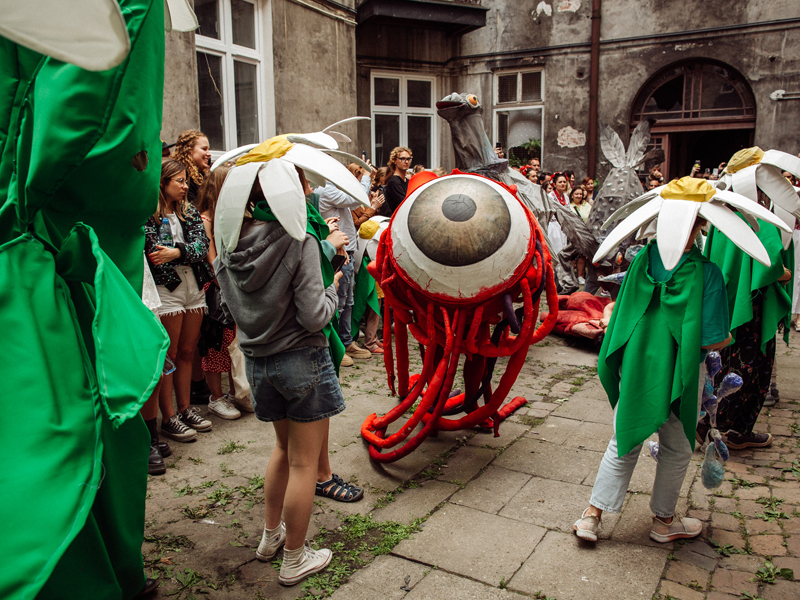 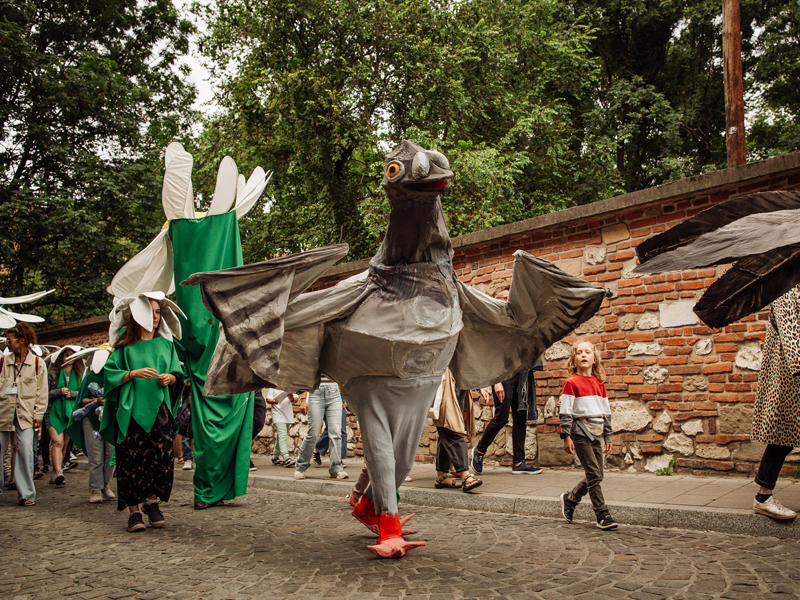 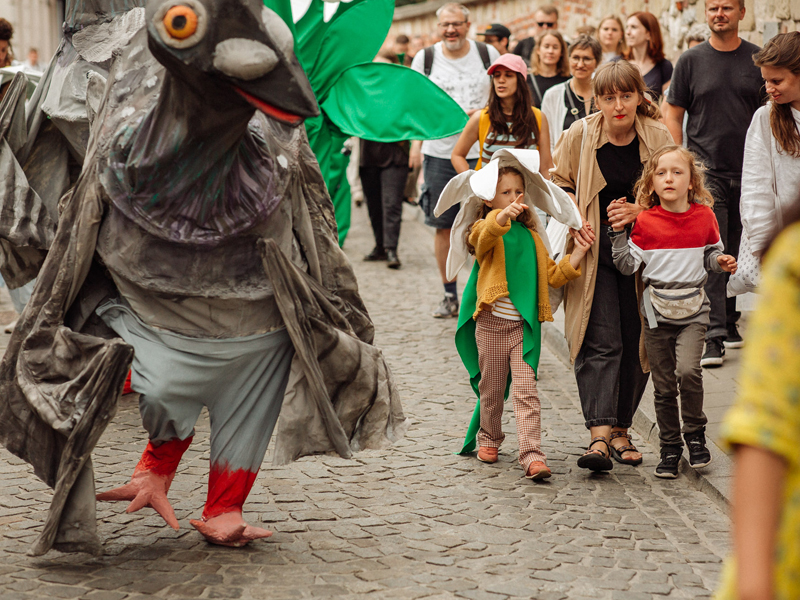 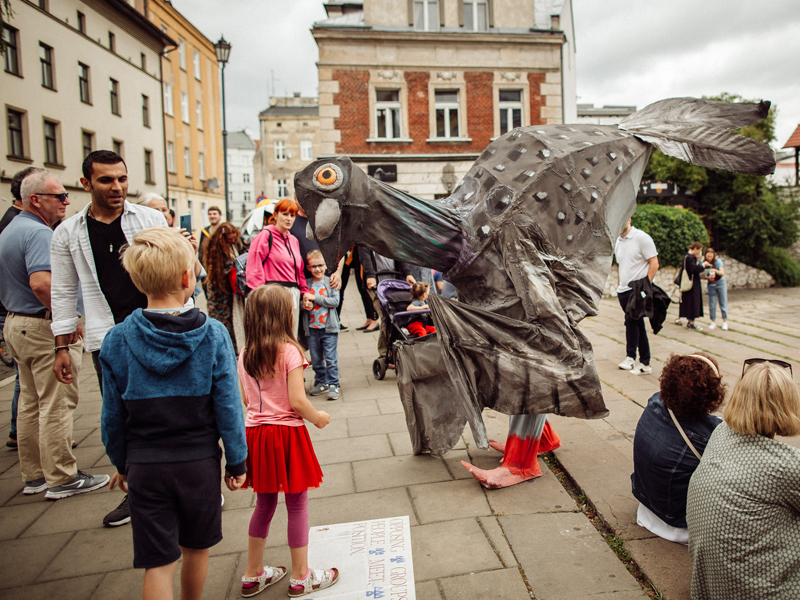